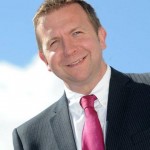 The context in which this autumn statement was received meant that it was never going to be a ground breaking statement.

With the Prime Minister delaying the speech by one day, to allow his return from China, you could be forgiven that this was going to be a blockbuster of a statement that embedded the Coalitions place in political folklore. However those that caught sight of our Prime Minister updating his twitter feed during Osborne’s statement would soon realise that this statement was a bit of something about nothing.

“This Autumn Statement is fiscally neutral across the period” announced George Osborne. And that summed it up. A little bit of tinkering here, to enable a bit of tinkering over there but nothing that would have impacted significantly to have made a real difference.

Perhaps with the background of the economic recovery, and a recent announcement that the UK has the fastest growth rate in the western world, the Chancellor wanted to bask in the satisfaction of knowing past policy has got us to where we are and therefore there wasn’t any real deviation needed from that journey.

Indeed this may have been seen as an opportunity to deride the shadow chancellor, who has isolated himself, more so than differentiate on policy.

So in respect to the content of the Statement, here are some of the winners and losers;

Motorists – 2014 Fuel Duty rise of 2p has been scrapped and there will no longer be a need to frustrate yourself putting your tax disc into those horrendous pockets on your windscreen.

Future pensioners – get used to the idea of not spending more than a third of your life enjoying a pension. Pension age set to rise 67 by 2028.

Employers – Future business rate rises will be capped at 2% rather than being tied to Retail Price Index. Plus a discount of £1,000 for small business on business rates.

For more information about the statement please refer to the overview of the Autumn Statement provided by HMRC below.

Personal Allowance, Rates of Tax, National Insurance Contributions for 2014 to 15

For 2014 to 15, there are no changes to the percentage rate of contribution for Class 1, Class 1A, Class 1B and Class 4 National Insurance Contributions but there are changes to all of the thresholds and limits. The weekly rates for Class 2 and Class 3 NICs will be increased. The Class 1 Upper Earnings Limit and the Class 4 Upper Profits Limit for NICs will continue to be aligned with the point at which higher rate tax becomes payable £41,865.

Tax Credit, Child Benefit and Guardian’s Allowance: rates for 2014 to 2015

Recognising marriage in the tax system

From October 2015 a new class of voluntary National Insurance Contribution (Class 3A) will be introduced that gives those who reach state Pension age before 6 April 2016 an opportunity to boost their Additional State Pension.

Abolition of National Insurance Contributions for under 21s

From 6 April 2015 employers will no longer be required to pay Class 1 secondary National Insurance Contributions on earnings paid up to the Upper Earnings Limit to any employee under the age of 21.

The final period exemption applies to a property that has been a person’s private residence at some time even though they may not be living in the property at the time they dispose of it and they may be claiming private residence relief on another property at the same time. From 6 April 2014 the final period exemption will be reduced from 36 months to 18 months.

From April 2015 a capital gains tax charge will be introduced on future gains made by non-residents disposing of UK residential property. A consultation on how best to introduce this will be published in early 2014 on GOV.UK.

A new tax relief for investment in social enterprise will commence in April 2014. Following consultation investment in Social Impact Bonds will also be eligible.

This provides a new onshore allowance to reduce the amount of adjusted ring fence profits subject to the supplementary charge. It will have effect in respect of capital expenditure incurred on and after 5 December 2013 in relation to an onshore oil and gas related activity. A Tax Information and Impact Note, draft legislation and explanatory note have also been issued today.

A consultation will be launched in spring 2014 on the introduction of a limited corporation tax relief for commercial theatre productions and a targeted relief for theatres investing in new writings or touring productions to regional theatres.

From 31 March 2015, HMRC will publish an annual report on the Code of Practice on Taxation for Banks (the Code). The report will list all banks, building societies and investment firms which have unconditionally adopted the Code as well as those that have not. In addition it may name any bank, building society or investment firm which HMRC considers has not complied with the Code.

The government has announced 5 measures to help tackle tax avoidance which have immediate effect from 5 December 2013.

Changes to the debt cap provisions

The measure comprises of 2 changes to improve the effectiveness of the World Wide Debt Cap. The first change is to the grouping rules and the second change is to the regulation-making powers. It will have effect in respect of the change to the grouping rules for accounting periods starting on or after 5 December 2013 and the change to the regulation-making powers will have effect on or after the date that Finance Bill 2014 receives Royal Assent.

The measure switches off the partial exemption rules for loan relationship credits of a Controlled foreign company that arise from an arrangement with a main purpose of transferring profits from existing intra group lending out of the UK. It also amends the anti-avoidance rule relating to the transfer of external debt to the UK to ensure that the rule works as intended. The first part of the measure will apply to arrangements entered into on or after 5 December 2013 and the second part will have effect for accounting periods beginning on or after 5 December 2013.

The measure blocks avoidance schemes where deductions are claimed for payments between companies in the same group under derivative contracts which are linked to company profits. It will apply from 5 December 2013 to schemes entered into on any date.

Further details of these 5 measures can be found in the Written Ministerial Statement, Tax Information and Impact Notes, Draft Finance Bill 2014 Legislation and Explanatory Notes.

Other measures included are found below.

Legislation will be introduced in Finance Bill 2014 to prevent a charity from being entitled to claim charity tax reliefs if one of the main purposes of establishing the charity is tax avoidance. The definition of a charity for tax purposes will be amended to exclude such charities.

This measure will introduce a new obligation for users of an avoidance scheme that HMRC have defeated in a tribunal or court hearing in another party’s litigation, to concede their position to reflect that decision. When there has been a relevant decision HMRC will issue a notice to all users of the scheme in question requiring them to amend their return or advise HMRC why they believe they should not. A tax-geared penalty would be charged if they failed to amend their return and it was subsequently found that the avoidance scheme they used failed on the same point of law. Taxpayers will be able to appeal against the penalty.

Legislation will be included in Finance Bill 2014 to require payment of the tax in dispute in a tax avoidance enquiry when an ‘avoidance follower penalty notice’ is issued. This will take effect from Royal Assent which is expected mid July 2014.

At present taxpayers (in most cases) can hold on to the disputed tax while the dispute is being investigated. This can take a number of years, and there is evidence that some taxpayers enter into avoidance schemes primarily for the cash flow benefit.

The government will also consult on possible wider criteria for issuing a payment notice in avoidance enquiries.

This is aimed at preventing employment intermediaries being used to avoid employment taxes and obligations by disguising employment as self-employment. Existing legislation will be strengthened to ensure that the correct tax and national insurance contributions are paid where the worker is employed, from April 2014.

In early 2014 HMRC will launch a project to ensure it is ready to exploit data under the new exchange of data agreements. And at Budget 2014, HMRC will consult on a range of enhanced proposals to penalise those who hide their money offshore. This initiative underlines the commitment to pursue offshore evaders and to increase the deterrence for would-be evaders.

Legislation will be introduced in Finance Bill 2014 to prevent a small number of high earning non-domiciled individuals from avoiding tax by creating an artificial division of the duties of one employment between contracts in both the UK and overseas. These are commonly known as ‘dual contracts’.

Expansion of use of Debt Collection Agencies for Tax Credit debts

HMRC will use a private sector provider to send letters and make phone calls to collect Tax Credit debts. This will enable HMRC significantly to expand its capacity to collect Tax Credit debt. The provider will be required to deliver the same level of customer journey as HMRC, so those who do not have the ability to pay will still be given options to pay in a more flexible way. In addition HMRC, which has a wider range of powers, will focus resources to pursue debts which have been returned uncollected from Debt Collection Agencies.

HMRC is exploring whether it can increase capacity through the private sector to reduce error and fraud in the tax credit system. The aim is to reduce incorrect payments by identifying and checking high-risk claims, seeking further evidence where necessary, and making sure customers receive their correct entitlement from the outset.

From April 2015 tax credit payments will stop in-year where claimants have already received their full year entitlement. This will help prevent claimants from building up unnecessary over payments that must be repaid at a later stage.

The resources and equipment in HMRC’s Road Fuel Testing Units are to be increased. This will help stop the road fuel market being hijacked by criminal gangs, provide a level playing field for legitimate UK businesses and protect the flow of oils revenue to the Treasury.

Following consultation, the government will introduce new measures to reduce the illicit trade in alcohol products, including a registration scheme for alcohol wholesalers that will start to take effect in 2016 and also a requirement that from early 2014 alcohol traders take reasonable steps to ensure that their suppliers and customers are legitimate.

Two complementary elements aimed at enhancing HMRC’s international response to fiscal threats and associated criminality have been announced. These are expanding HMRC’s Fiscal Crime Liaison Officer Network to diversify its activities and consolidate coverage in key risk areas and the formation of a joint HMRC/Border Force Fiscal Border Debriefing and Intelligence Team in Dover aimed at improving the intelligence picture on near-continent tobacco smuggling.

The increase due in September 2014 has been cancelled and there will be no further increase in the current Parliament.

HMRC will develop a new IT system to allow organisations wanting to register with the Charity Commission for England & Wales and seeking charity tax status with HMRC to submit their applications through a single online portal. The new system is planned to be introduced in 2015 to 16 and will later be extended to enable charities in Scotland and Northern Ireland to register with their charity regulators at the same time as they apply to HMRC.

HMRC will be investing in a new online service to support the administration of Inheritance Tax. This will do away with the need to complete paper versions of forms and enable people to proceed with their application for probate and submit Inheritance Tax accounts online. It will also improve the customer experience as well as HMRC’s ability to perform compliance activities. It is anticipated that the new online service will become available in 2016.

Legislation in Finance Bill 2014 will extend corporate Gift Aid on gifts of money to include qualifying donations of gifts by companies to Community Amateur Sports Clubs.